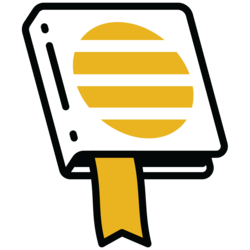 The PAGE token is a token with books at heart. PAGE represents a network of human beings who support the idea that creating things should provide a viable income, no matter where a creator is from or what that creator’s role in the greater ecosystem of the creative life of human beings happens to be. As such, PAGE is designed to be a decentralized network with the intention of including more people in this creative way of life, rather than an exclusive and/or centralized network built around the intention of keeping a majority of people out to increase the profits of a few industry mainstays. The PAGE token launch begins a long process of development which will ultimately result in a Cosmos SDK blockchain capable of administering governance to the network via DAO, facilitating transactions across a far-reaching network, and keeping said network online by collecting fees in the native PAGE token. PAGE supply will be capped at 100M, with 10M minted to the Ethereum blockchain and 90M to be minted to Cosmos at a later date. The way forward for the PAGE network seems clear: disrupt the traditional book and ebook industries by providing a more streamlined publishing platform. PAGE will offer more transparency into the performance of books while lowering costs to authors and publishers to a minimum. Instead of separate licenses for each form a given book might take, one NFTBook can be updated and will be able to serve video and audio content in addition to the traditional text files offered by popular e-reader apps and devices today, but in addition to this, NFTBooks will also offer the capacity to request a print copy at printer cost via the dAPP contained in each and every book. NFTBooks are unstoppable, consisting of a blockchain-saved reference point and an IPFS back end that is as strong as the network it resides upon. With public + private key encryption to lock the content behind a permissioned token gate and prevent unauthorized access, NFTBooks will even begin to surpass the security of paper book and ebook formats. With digital ownership and scarcity, markets for NFTBooks will be more efficient than anything that has come before. Even the Gutenberg Press and its various antecedents could not create books as durable and censorship-resistant as NFTBooks.