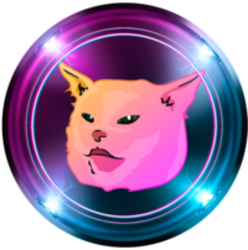 PUSSY is an ERC20 token built on the Ethereum blockchain. The project is founded on the idea that strong community foundation and goals are the fundamental building blocks of any token. PUSSY has built its foundation as a meme coin to rival the likes of DOGE and SHIB, but also plans it one step further by creating future utility for the token and DAPPs built on the ecosystem. Ideas being currently pursued by the devs include a PUSSY DAO, Arcade, Farming, Studio, and charity partnerships.