The Con Game: The Most Common Scam in History 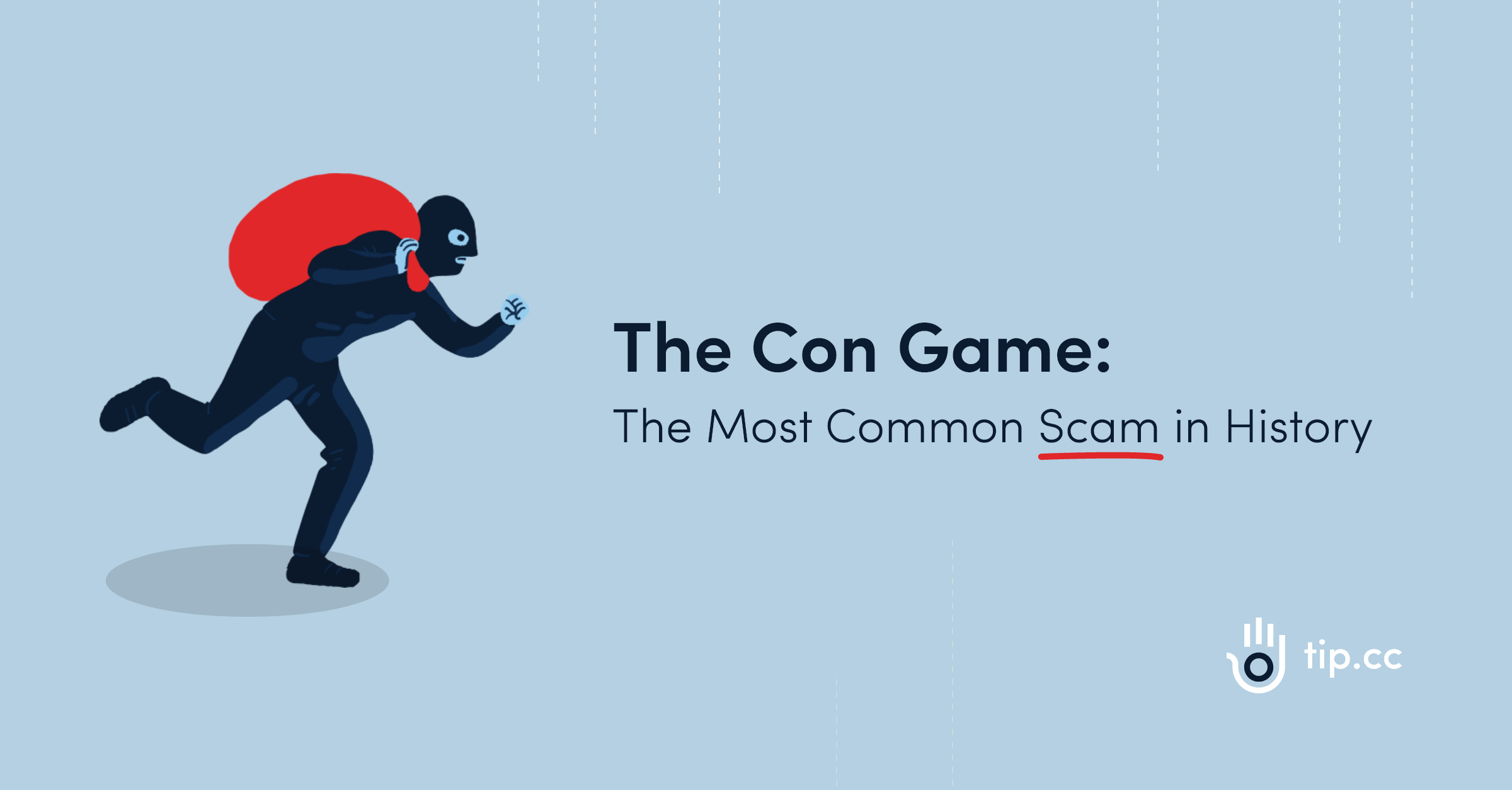 Greetings! Apologies for the DM, but I am a high-class broker representing the HOTTEST liquidity farm from the greatest GigaChad Pepe Pump & Dump Discord server on the internet! We make 100% monthly returns, 1200% APY, and we can turn your CRYPTOS into LAMBOS. CLICK MY SUSSY FRIKKIN LINK, connect your METAMASK, and WATCH as ALL YOUR MONEY disappears into MY WALLET!

We’ve all seen this. We all know this formula. I’ve parodied it for fun and education on a regular basis, but this threat is real and dangerous. As a fan of tip.cc and someone who works in what I’d describe as a parallel community, our little “Dodge City'' of a crypto server bans dozens, sometimes hundreds of users on a weekly, if not daily, basis. What’s the most common thing they get banned for, besides just being an automated airdrop collector? EZ Clap: it’s the bloody scams.

Scamming, and the shady people who take advantage of the gullible, are not new. If you’ve been into crypto for any amount of time, you’ve certainly heard the accusation leveled against someone or something at some point in time. It could be an apparently legit liquidity farm; it could be a brokerage firm that doesn’t exist; it might even be a charitable donation to a war-torn land.

Regardless, the prevalence of the scammer in the world of cryptocurrency applies credence to its “frontier” status. In the financial sector, risks, hedges, and transactional trust are incredibly important, and the speculative nature of cryptocurrency at this current moment in the industry’s life simply lends itself to the “Wild West” ambiance that pervades communities. The “Drops and Begging” channel has a vast reputation for silliness, like a saloon where technomancers sprinkle airdrops for a crowd of thirsty speculators eagerly chomping at the bit to get a slice of the next successful project, but it is not alone. Where the money goes, the con artists will always follow.

This isn’t the fault of tip.cc, or even crypto in general; this is simply a consequence of being on the frontier of technology. Countless “Gold Rush” stories from the United States’ 19th century betray a frontier attitude not dissimilar from the crypto boom: persons young and old, rich and poor, striking off to find independence and maybe hit a rich vein of valuable assets.

Unfortunately, the same frontier elements that attract risk-hungry investors also bring the “snake oil” purveyors of our space: those DM spam bots who message everyone before quickly disappearing to find other communities to spam. These mechanized users aren’t the main threat, but rather a symptom of the infection spreading through the space. They represent someone, after all: someone is behind their proliferation, just as surely as someone out there wants to separate you from your crypto.

The scam goes down one and only one way, the same as it ever has: the game of confidence.

Blockchain is immutable; anyone who wants to get into crypto needs to know that. You can’t change a transaction once it's recorded on the chain, and you certainly cannot undo it. This immutability, the unquestionable fact that the chain permanently records a withdrawal/send action, is the key crypto power that these scammers take advantage of. Once they have your money, they have it, and they will never give it back.

The confidence scheme is the oldest scam in the business playbook, and it’s simple: a savvy, charismatic character convinces you they are able to be trusted with your money, then they simply abscond with it.

In the American Wild West, gold miners were frequently subject to a variety of crimes, from armed robbery to larceny, fraud, and petty crime, which fueled the public perception of a region out of control and in dire need of policing, not dissimilar to the cryptocurrency space as described by those who hold no crypto.

Conducting your own confidence scheme is quite simple: make some friends, get them to trust you, separate their money from them, and give it to yourself! Avoiding it is as simple as maintaining a healthy dose of skepticism when someone presents you with a difficult-to-believe scheme for getting massive returns. One of the oldest rules in business will be incredibly helpful, here: if it sounds too good to be true, it probably IS too good to be true.

In cryptocurrency, the confidence scheme sometimes has a second component, which represents the vessel by which many of these scams take place: the bogus liquidity farm. Attempting to visit these sites after they’ve committed their scam can often lead to the following message from your MetaMask wallet: 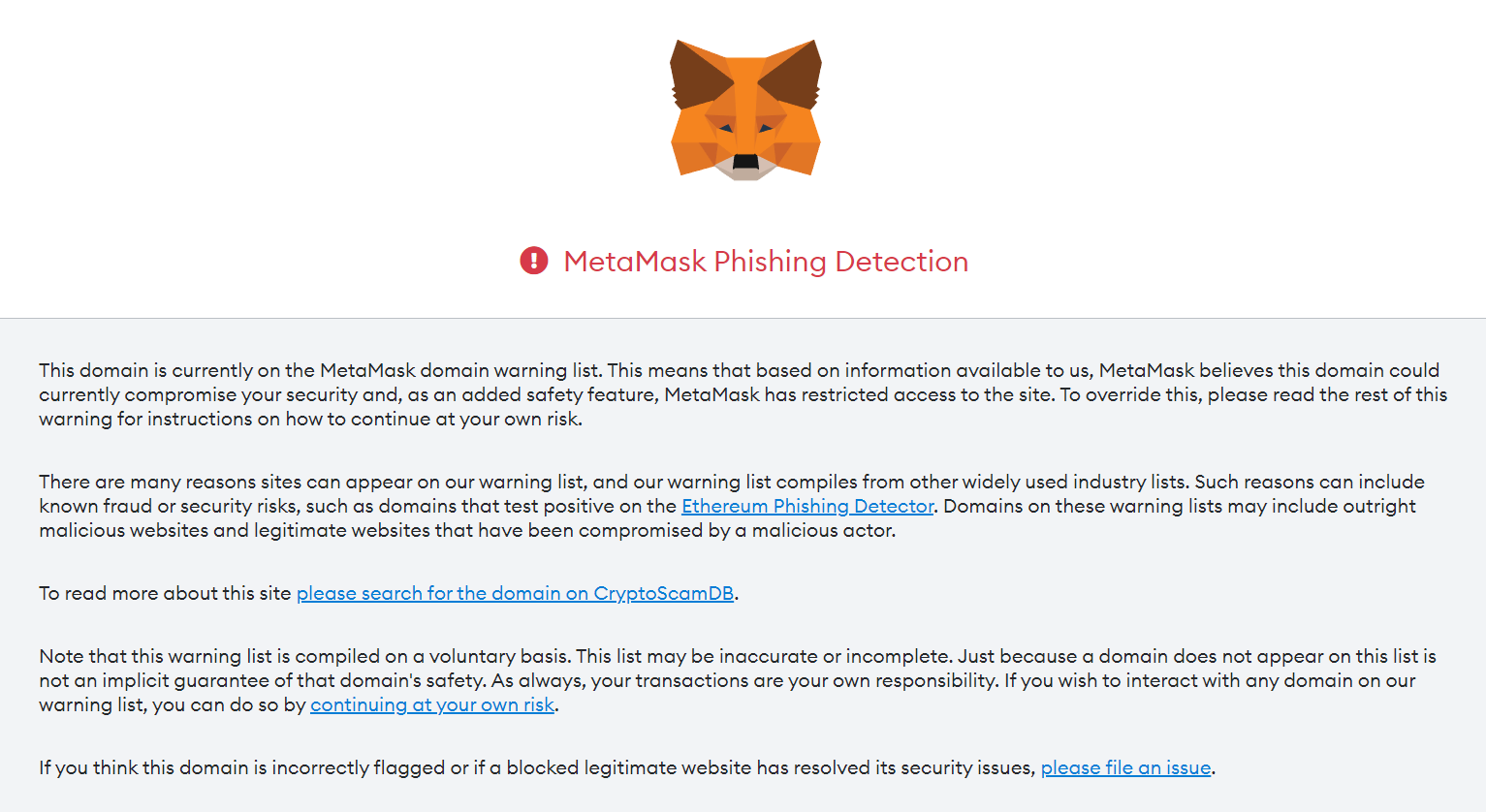 The problem with this is: once you’ve connected your wallet to the scam contract, they have already robbed you.

The most vicious scam I’ve seen wasn’t straightforward DM solicitation; it was a combination of the confidence game with a direct referral to a liquidity scam.

Determining whether a site is legitimate is difficult. DYOR is an oft-sung refrain, but if you don’t know how one properly researches these enterprises, you can easily fall victim to them. Checking contract addresses on Etherscan or BscScan can give you some clues, but is not always revealing. From the comments on Etherscan regarding the bogus farm I am about to discuss:

Now, it’s STORYTIME! I shall recount the tale of a new crypto user to my community who we shall call “Charlie,” who encountered another user in general chat. That general chatter, who we shall call “Asia,” established a rapport with Charlie. Charlie was looking to find good interest farms for their USDT and talk about it with other users in the community.

Asia was a regular member of the community, up until this incident, and had displayed little to no red flags that I, as a moderator, could discern. Just another speculator in a crowd.

Asia took several weeks to build up Charlie’s confidence in her trading abilities after carrying on a number of non sequitur conversations about life and Bitcoin, and then suggesting that Charlie deposit his Tether into a liquidity farm I will not name, which allegedly generated an incredible 25-30% weekly returns on your stablecoins! A “liquidity mine,” if you will.

Seeing nothing but dollar signs, Charlie connected his MetaMask to the contract, which appeared to distribute returns during the first week on a few hundred USDT. Charlie was incredibly pleased, and decided to deposit his whole holding of $16,000 USDT into the contract.

Within a day, Charlie’s wallet balance read $0. The contract claimed that the tethers had been locked up, and required an additional minimum deposit to unlock them. At this point, the fraud is already complete; Charlie’s money has been sucked into an address frozen out of every centralized stablecoin contract on the market, presumably for theft/fraud.

A $16,000 loss is not unsubstantial; to some of us, including myself, such a loss would be crushing. To Charlie, a full-time employed person in a high-paying field, it was a setbackbut not a catastrophe, fortunately for them…

4. Advice on Avoiding the Scam

To conclude, here is my best advice to try and avoid most scams entirely:

Please be careful out there, with your information and your funds, and DENY THESE CON ARTISTS their desired gains. They exist and continue to perpetuate because they steal from us all,and they will not stop until the faucet is dry. Let’s dry up their faucets. 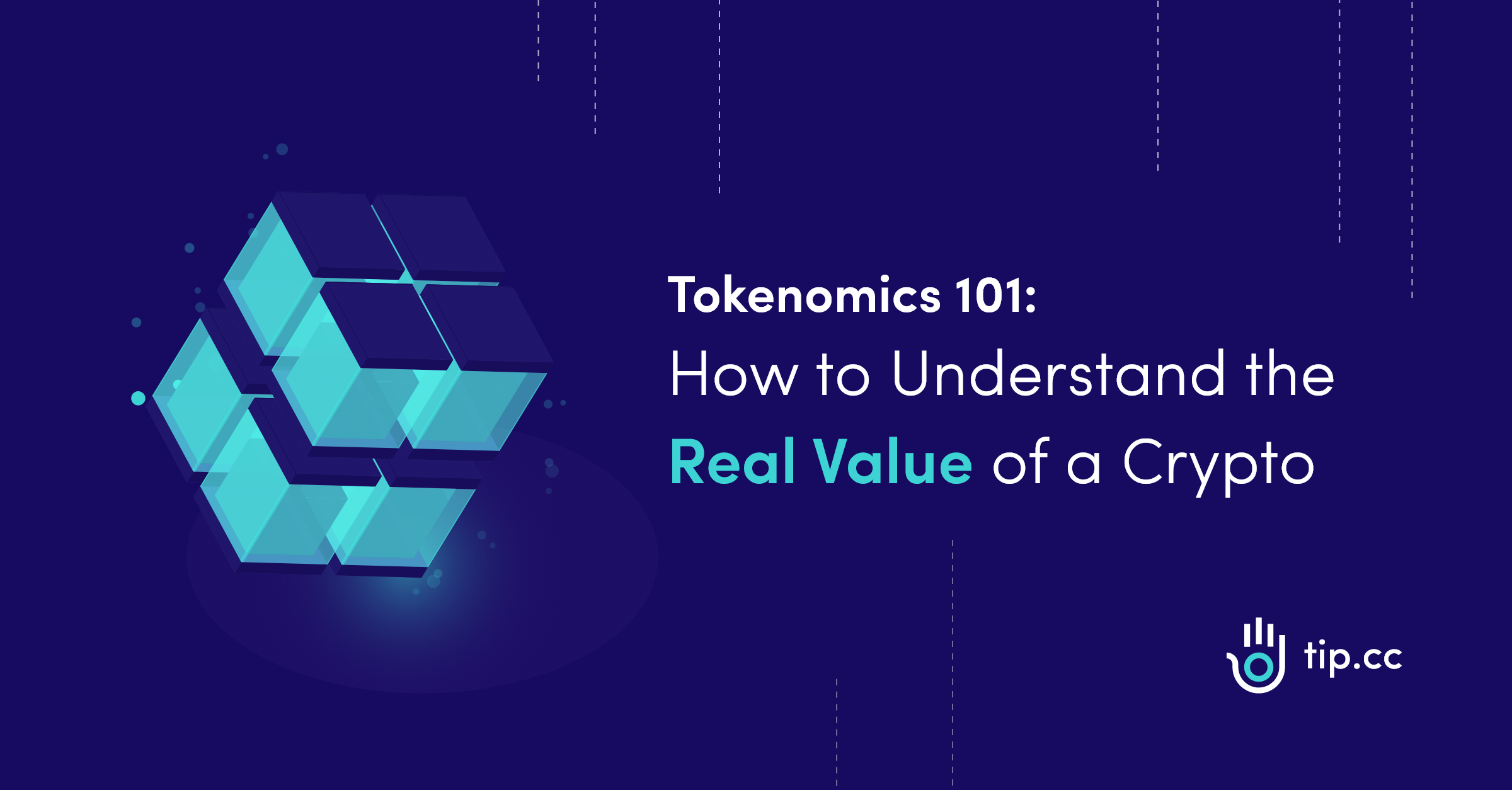 Tutorials
Jun 16 20225 min read
Tokenomics 101: How to Understand the Real Value of a Crypto 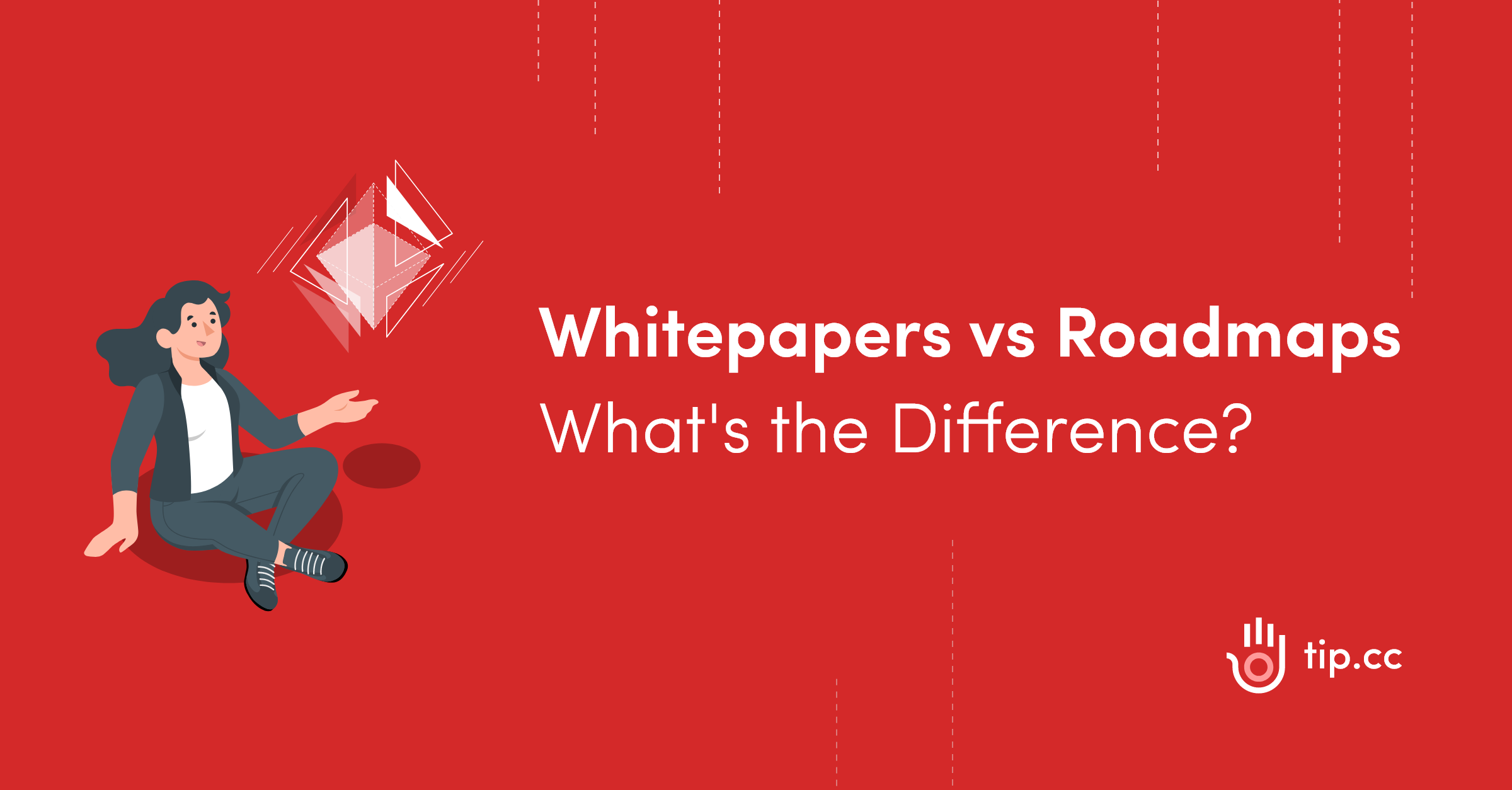 Tutorials
Jun 12 20225 min read
Whitepapers vs Roadmaps – What's the Difference?
Want the bot in your chat?
Invite it now! If you are a chat administrator, you can follow these guides to invite the bot to your chat.
Get on Discord